Why We Love the Local Church: A Motley Crew

*At Criswell College, we love the local church. In this first FCC Summer Blog Series, we would like to highlight a few of our professors as they explain why this is the case. You can find previous posts in this series here and here. 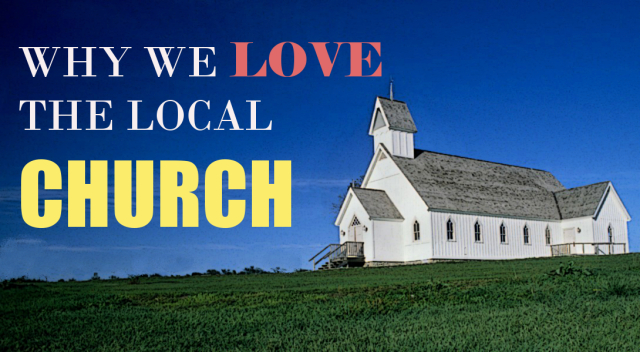 Although I am enamored of the Enlightenment, including things like the belief that there are objects to be known and that we can know them, and that among these things are universal obligations and proscriptions, I am also oddly attracted to a few things opposite it, including the local church.

Modernity tends toward the comprehended, planned, organized, programmed, outlined, propositionalized, and controlledeverything local churches are not.

I know something of the effort made, especially by pastors and staff members, to understand, plan, and implement the program of the church. I also know the varying degrees of efficacy with which that effort is wielded and the equally (but not necessarily proportionately) varying levels of success it bringsfrom shining examples of relevant church ministry worthy of the emulation of every fee-paying, conference-attending, book-reading, and manual-following sycophant to dismal counter-examples of how to do anything well.

Whats interesting is that regardless of how professionally or poorly that effort is made, churches are still comprised not of their shiny and well-organized nor crusty and disorganized programs, but of their people. I have been in relationally dysfunctional congregations performing annual community-transforming ministries no other church dared attempt. And I have been in corporately successful organizations with no more impact on their community than the acknowledgment of a religious building of great magnitude devouring homes for more parking. (Im not favoring the large or the small: Ive been in the opposite in each case, also.)

One of the things that makes local churches so important as members of the larger community of Christ-followers is the same thing that makes individuals so important as members of their churches. The people in churches are rarely if ever a monolithic, monochromatic block. Instead, they come together as a dramatically variegated amalgam. The variegation may or may not be visible to the unaided eye, but it is always there.

Genetics, backgrounds, psyches, habits, careers, community standing, attitudes, and the permutations available for combining those things and more, all vary. The relationships between individuals with those variables also vary. In that crazy salad, it is almost impossible to control what gets on the fork in any given bite.

The people in churches are rarely if ever a monolithic, monochromatic block. Instead, they come together as a dramatically variegated amalgam.

Bible studies, fellowships, conferences, and practices all have an unpredictable quality to them, making things often scary and sometimes threatening, but also making them always opportunities for creativity beyond what any of the individuals would have brought to the moment. Its not groupthink. Its not even teamwork. It is an often unwanted (until the final product emerges) gauntlet of good and bad interactions and experiences which presses out of the occasion the evidence that individuals are part of a body with a life of its own. In terms of 1 Corinthians 12, it is the natural product of members with different functions (and different gifts) working together under the unseen direction of God.

In exactly the same way, churches themselves are constructed with variables making some churches so unlike others that its hard to use the same word (church) for both and identify the common essence.

But God knows what Hes doing. So, when mega-churches look down on the inefficiencies of tiny congregations, or the tiny frown up at the impersonal nature of the giantsor when the contemporary mock the traditional or the traditional the contemporaryeach is erring. They are not recognizing the value of being different. They are different from each other, and they are each imperfect. But I have seen many times over that God is as likely to use one as the other when He moves in individuals, communities, and regions.

It makes sense to me that as long as every church is as imperfect as every individual in it, He will use this mottled body of congregations to work throughout the world as He uses individuals to work in a community. And even better, by working the miraculous and transformative through these imperfect variations, He will demonstrate that the power behind the work is far greater than the all-too-obvious imperfections of His tools.