From an article by Ryan T. Anderson in the National Review Online: 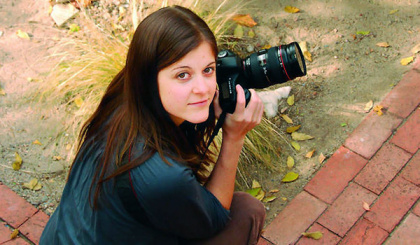 The Supreme Court of New Mexico yesterdayruledthat the First Amendment does not protect a photographers right to decline to take pictures of a same-sex commitment ceremony even though doing so would violate the photographers deeply held religious beliefs. As Elaine Huguenin, owner of Elane Photography,explained: The message a same-sex commitment ceremony communicates is not one I believe.

But New Mexicos highest court, deciding an appeal of the case, ruled against Elane Photography, concluding that neither protections of free speech nor offree exercise of religion apply.

Elaine and her husband, Jon, both committed Christians, run their small photography business in Albuquerque, N.M. In 2006, shedeclineda request to photograph a same-sex commitment ceremony. In 2008, the New Mexico Human Rights Commission ruled that the business had engaged in illegal discrimination based on sexual orientation by declining to use its artistic and expressive skills to communicate what was said and what occurred at the ceremony.

The commission ruled this way according to New Mexicos human-rights law, which prohibits discrimination in public accommodations (any establishment that provides or offers its services . . . or goods to the public) on the basis of race, religion, or sexual orientation among other protected classes.

Elane Photography didnt refuse to take pictures of gays and lesbians, but only of such a same-sex ceremony, because of the owners belief that marriage is a union of a man and a woman. New Mexico law agrees it has no legal same-sex civil unions or same-sex marriages. Additionally, there were other photographers in the Albuquerque area who could have photographed the ceremony.

The problem seems to come down to the issue of how we understand rights and liberty. No longer is liberty conceived negatively as the protection of ones life and property, but positively as the right to force others, even in violation of their consciences, to approve of ones choices and actions. Ironically, such a conception eventually undermines the kind of liberty articulated in the first amendment, namely the protection of free speech and religious expression.