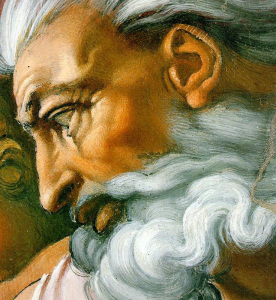 I recently found myself sitting at the kids table. Other than me, the ages ranged from 5 to 9. If you ever sat at the kids table, you will know if was all quite silly. However when the conversation wandered into theology, things began to get interesting. Did you know that we evolved from boogers sneezed from the nose of God and that Adam was the first man, except for the cavemen, because they dont count. Even at this impressionable age, we find attempts to mix the Word of God and the ideas of Man. The first single celled organisms may have looked like boogers and if God did the creating then it makes sense that they must have come from His nose. And if cavemen were older than Adam, then they would not count because the Bible is clear that Adam was first. (Theologians have also discussed the possibility of preadamite man.)

I only bring this up because there has recently been several cases from Tennessee to California and back to Georgia[1] where teachers have forbade their students from saying Bless You when someone sneezes. For this implies it is God doing the blessing and God is not allowed in the classroom even as an ellipsis (no one actually said the word God he was only implied from the context of interjecting the speech-act of saying bless you). Though such a prohibition does seem somewhat silly (even juvenile), it does speak of the possibility of God as an ellipsis. In other wordsaccording to the definition of ellipsisGod exists as something rejected as superfluous (not necessary), yet this very something, remains as understood from the context. He seems to find His way into all contexts. And this could certainly be expected if we really were made of His breathmaybe even a sneeze.