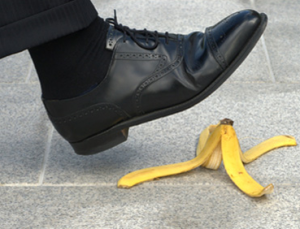 One of the great thrills of newborns is watching them grow. But I do not just mean in size, chubby cheeks, or diapers. I mean, it is exciting to see your child grow cognitively, learning that things can exist though they are hidden (e.g. peek-a-boo), making sounds with their mouth just so they can hear themselves coo and ah. But what is especially entertaining is when the child begins to become self-aware. They notice their hands and their feet and are shoving them whole in their mouth; they are captivated by their reflection in mirrors. This self-awareness is a common, practical growth within the early life-stages of all children. Yet, within the early or even late life-stage of believers, an over heightened awareness of ones spiritual state is something that can be detrimental, not just to the believer, but to others around him/her. I would like to highlight five potential pitfalls for Christians who are self-aware of their spiritual maturity:

1. Laziness is often associated with those who become aware of their spiritually mature state. They feel that there is no need to spend time in prayer or in Scripture because they have already absorbed so much and have obtained an accepted amount of knowledge. This is certainly an issue with Christians in academia, but this is also a great pitfall to many who serve in the local churchChristians who have been in the church All of their lives. As a result, there is no urgency for prayer or time set aside to study Gods Word. This person is more inclined to recline in his/her spiritual Lazyboy and rest in the comfort of his/her self-made spiritual state.

2. People who are overly aware of their spiritual maturity often become the self-appointed Judge of their local church. They begin to inspect the spiritual health and maturity of other believers and then hold those believers by the standard of their own spiritual standingthey expect the church to look and behave spiritually as they themselves do. This is not to say that we as believers do not hold each other accountable and press each other on to grow. This is something that we as all Christians must do. However, we also must recognize that we all come from different points and different places in life and that Gods work has us at different points and stages within our life. What is then needed, is support and encouragement and not disparaging remarks about how inadequate the faith of others may be.

3. Those who fall into the pit of being spiritual judges often fall into the pit of No Satisfaction, but unlike the Rolling Stones, there is really no attempt to find contentment with where God has brought them. As they look around to find others as themselves, but to no avail, they begin to grow dissatisfied with their surroundings. They complain about the quality of ministries. They become discontented about the worship services. They believe that there is no longer any way for them to grow where they are. Often times, the person who falls prey to this trap becomes embittered towards the church in general.

4. For those who stay at the church they are no longer satisfied with, the pit oftentimes deepens as they Create Discord rather than Unity. They seek out others who are dissatisfied as they themselves are. What follows this union is a good ole fashion church squabble. For you see, unity is promoted, but only for those who are in agreement with the complaints. What comes next is the open confrontation that in turn brings about an unsightly display, not of spiritual maturity, but our sinful nature. This is an extremely unfortunate pit that many fall into and damages many churches that result in their inability to adequately minister in their communities.

5. While the spiritually mature saint continues to plummet down into the chasm, this person often becomes Incapable of Receiving any kind of Biblical Correction. He/she already knows the Bible and what it says and feels that for any person to offer any sort of spiritual discipline or correction is extremely out of line. In fact, this person is more inclined to offer the correction and discipline, often times in wrath rather than love, while remaining incapable of receiving the same.

In reality, the root to every one of these pitfalls is pride. Pride consumes us. Its deceptive, camouflaged approach comes unnoticed and drags us down from pit to pit. While Paul encourages the spiritually mature to behave as he does and pursue the prize promised by God in Christ Jesus (Phil. 3:1217), he also understands that he has not reached the goal, or arrived at full maturity. This is the same Paul who called himself chief of sinners (1 Tim. 1:15). It is essential that every believer in Christ press on to maturity, but we should always remember that sin is crouching at the door and its desire is for usand the best way to pounce is by convincing us that we are more mature in our faith than we really are.

This entry was posted in Christian Life, Christian Spirituality. Bookmark the permalink.