Getting Marriage Right: Why Marriage Is Not a Right. 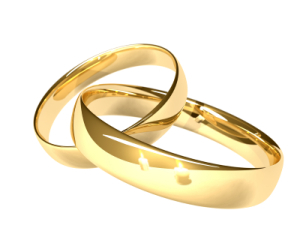 In promotion of his first book, Yale M.Div. Grad Jonathan Dudley claims that If the goal is legislation that both preserves marriage and reflects the Bibles teaching, it is far easier to argue that divorce should be illegal than it is to condemn gay marriage. Ive heard his point before, and not without cause. But hes posed the relationship between the failure of marriage in the West and the justifiability of same-sex marriage incorrectly.

In fact, the real relationship between the Western divorce rate and same-sex marriage is almost completely ignored. That ignorance is a shame. Much confusion about the nature of our society as a whole could be resolved if we could just remember a few basic things.

For reasons as rich as political philosophys history, rights are about what other people cannot do to us, not about what we can demand. But for brevitys sake, a pragmatic point will have to suffice. To say I have a right to life does not mean I can demand to live forever. When I get sick (to death) I will die. No one will say my rights were violated. The right to life is not the right to live; it is the right not to have someone else unjustly take my life from me. And exactly so with the right to liberty, and the right to property. I have no right to start owning something, but I do have a right not to have someone else take from me what is mine. The pragmatic reality is that any positive right violates another persons negative right, and so cannot be shared by everyone. That rights are shared equally by everyone is their whole ground-of-being, so to speak. So if you say you have a right to my computer keyboard, then what happens to my right to keep typing? So, simply as a matter of practicality (but also as a matter of philosophical necessity, as it turns out) real rights are negative.

Thing 2: Marriage is not a right.

At this point there is some confusion about our casual use of language. We casually say, I have a right to get married. But the way that statement actually makes sense is quite distinct from the way it is being turned to suggest that someone actually does have a right to marriage.

The phrase, I have a right to get married, makes sense when it means, You should not unjustly stop me from marrying. To say it means more than thus is to create all kinds of problems.

For instance, how would a person who is revolting to every marriage candidate fulfill his right to marry? Doesnt every person rejecting him have a right not to marry a revolting person? Since marriage involves the consent of another person, it cannot be a right, except in the sense that every other transaction in our society is a right. I should not be kept from it any more than anyone else is kept from it.

Thing 3: Marriage is a social sanctioning.

Marriage is not simply a man and woman in a sexually intimate relationship. Heaven and everyone else knows our society has failed to maintain that tie! Men and women can live together without marriage. But they still get married. Why?!

Marriage is not simply the merger of two lives. Contracts, wills, powers-of-attorney, and everything else could be handled without the marriage. But people still want marriage. Why?!

The answer is simple. Marriage is the institution representing societys affirmation, even sanctioning (in the positive sense), of a couples life-long commitment to be uniquely and intimately related to each other. A wedding is societys statement that such a sanctioning has taken place. (As believers, of course, we recognize that marriage also entails Gods mysterious union of the man and woman. But that fact, in which I absolutely believe, does not change the public nature of the institution.)

So marriage is a social phenomenon, not a private one. That reality is why marriage so often ends in divorce in a culture where individualism is king. The fact that half of marriages (a misleading statistic, by the way) succeed is actually quite surprising considering how unimportant it is to most individuals to sacrifice self for the benefit of society. If a person really wants to address the crisis of divorce in Western society, hell need to start by recognizing that the bond that holds marriages together is largely missing here; the sense of social obligation, the responsibility my family has to the society which approved of it, just isnt that important to most people. (That lack is also why church discipline is such an absent or awkward practice in most Western churches.)

Thing 4: The demand for same-sex marriage rights is an attempt to control what the society sanctions and what the members of that society value and tolerate.

But marriage is not just a social phenomenon; its a social statement of approvala social sanction. Society says We sanction this relationship; it represents and preserves our values. That declaration is why a public figure (e.g., a minister, justice of the peace, judge, or ships captain) blesses the marriage.

So a demand for marriage is the demand for society to change what it values. A person who says I have a right to marry someone whom society has previously said I cannot marry is actually saying Society must change its value system to match what I believe. It is not enough that I can be with a person or share my stuff with them. I want society to say they approve of my relationship.

There are a host of other questions and issues emerging at this point, including whether society is currently correct regarding the nature of marriage. It is not hard to contend that the answer to that question is yes, and I intend to do so another day.

But the point here is simple. Those who claim to favor tolerance by advocating same-sex marriage are actually demanding that the whole of society approve of what it does not approve of, a stark and unsettling act of intolerance at the highest level. It is, in fact, a direct violation of the free conscience of the people who make up the societythe very people, by the way, whose approval they seek (by desiring marriages public sanction) and disdain (by demanding that they sanction what they do not approve) at the same moment.

A little respect for the value of our social existence would bring a world of resolution both to the issue of divorce and the current dispute over same-sex marriage.

This entry was posted in Culture, Ethics, Family, Politics. Bookmark the permalink.