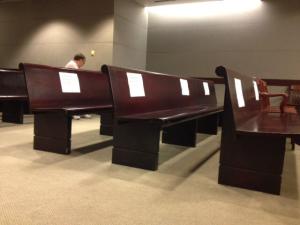 In his latest NY Times column, Ross Douthat has some great thoughts on the mainstream presss power over public dialogue:

The trouble is that when you set out to lead a conversation, you often end up deciding where it goes, which side wins the arguments and even who gets to participate.

Critics have long warned of the power that media has in forming public opinion under the guise of neutrality and factuality (see Postman or Muggeridge), but those warnings are particularly poignant in light of the medias recent inexcusable gloss over the Kermit Gosnell trial.

Douthat suggests the basic reason for the problem:

The core weakness of the mainstream media, in this sense, is less liberalism than parochialism. The same habits of mind that make bipartisanthink seem like the height of wisdom also make it easy to condescend to causes and groups that seem disreputable and to underplay stories that might vindicate them.

As well as a best response:

Wed be better off, instead, if our battered-but-still-powerful media establishment did more to lean into the Internet era, which for all its challenges offers opportunities as well the chance to multiply perspectives, to promote a diverse (and, yes, sometimes competing) array of causes and to pursue a wider variety of journalistic ideals.

The rest of the article is worth the read. Checkit outhere.

This entry was posted in Current Affairs, Social Media. Bookmark the permalink.