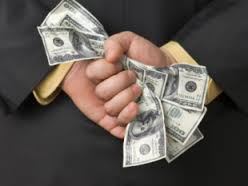 The concept of private property comes natural to most children. After mama and dada one of the first words we learn to wield is mine (or to be more precise, Mine!!). The sense of ownership develops rather easily. Sharing, on the other hand, is more difficult to learn.

Parents typically begin teaching us how to share by going the authoritarian route, i.e. involuntary sharing. The procedure involves something like bending down, taking a toy out of our hands, and saying something like, Now Billy, you know youre supposed to share, before handing the toy over to our sibling or friend who hopefully is not smirking smugly at us as we look on through tear-filled eyes.

As we get older, however, our parents (hopefully) recognize the need for a more hands-off approach so that we can learn to take on the responsibility of sharing; that is, become voluntary sharers. Good parents know that forced sharing eventually becomes debilitating since it discourages us from assuming personal responsibility. Without the switch in method, the final result is a stunted, immature adult unable to develop healthy, sharing relationships with others (like Baby Huey, both amusing and awkwardly wrong).

According to Aristotle, the same principle holds true for political communities. In book 2 of Politics he takes Plato to task for advocating communal ownership of property. Platos argument was that sharing property (as well as wives and children) would encourage unity and solidify citizens mutual interests. Aristotle, however, argued that this was misguided and would actually break down the unity of communities. One of the reasons for this is that communal ownership (think involuntary sharing) would discourage generosity (voluntary sharing), a virtue that is necessary to the unity of communities:

And a further point is that there is very great pleasure in helping and doing favours to friends and strangers and associates; and this happens when people have property of their own. None of these advantages is secured by those who seek excessive unification of the state. And, what is more, they are openly throwing away the practice of two virtues self-restraint with regard to women (for it is a fine practice to keep off anothers wife through restraint), and liberality with regard to property. The abolition of private property will mean that no man will be seen to be liberal and no man will ever do any act of liberality; for it is in the use of articles of property that liberality is practiced.

The problem with communal ownership is that it undermines a sense of personal responsibility. However, the critique is a fit warning not only for a system communal ownership but for any community that provides state-funded public assistance (welfare). This doesnt necessarily mean that any form of welfare is a bad idea (that is an argument for another post). Rather, there is a tendency for welfare programs to grow to such an extent that they discourage citizens from assuming personal responsibility to care for one another. Like Platos system of radical communal ownership, bloated welfare programs discourage the voluntary, private sharing of goods that is necessary to truly strengthen communities and relieve poverty. An overreliance on governmental wealth redistribution leads to feelings of disenfranchisement, resentment, and entitlement that break down social the social bonds and virtues necessary for a flourishing society.

As Christians, however, we must avoid the temptation of these sentiments regardless of our governments policies. No one prefers being forced to share rather than sharing voluntarily. But as those who follow Jesus by his Spirit, we above all others should have the spiritual maturity, even in the face of a bloated welfare system, to stop shouting with the rest of the kids, Mine!! and keep sharing our toys freely.