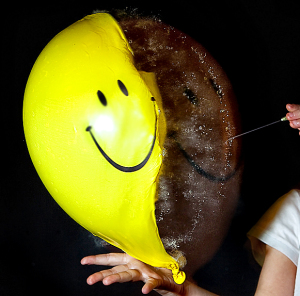 The via antiqua (ancient way) looked back to Eden and the via moderna (modern way) looks forward to Utopia. To the Ancients, old was goodtested, tried and approved. To the Moderns, old is badout of date, worn out and old-fashioned. In the ancient mind universal absolutes existed in this reality or another, or in God, or the gods. However, in the modern nominal mind, universal absolutes only exist as re-collections of experience in the mind. And, if so, we do not find universal absolutes in the past, but carry them with us into the future. In light of this, we should not be surprised to find that the Ancients were more likely to venerate past authoritythe Moderns to vilify it.

Those of the modern way fashion themselves as innovators rather than archivists. They looked forward instead of back. They would not wait to become part of the past to be classified and named by some future archivistthe Moderns named themselves moderna, which means just now. As fate would have it, it is an appropriate name. For the ancient archivist could tether the present to the past. However, modern innovators float upon the surface of time always thrown into the future with no chance to change their name because their time would always be the just now too. Even if we try to rename ourselves post-modern (POMO) we still define ourselves in the context of the modernwe are after the just now. But how could our just now be after the just now?Unless we could somehow become so busy and so obsessed with the future that we no longer took time to live in the present just nowOr if we lived our lives in fictive electronic worlds of distraction and hardly ever experienced real life in the just now. Yet even then, we would still eventually need a post post-modern.

If there are archivist in the future who look back on our time, it is possible that they will discover that what we called the postmodern was really only the chaotic continuation of the modern myopic conundrum of trying to define our own time while living it. In other words, we are simply living in the latest late-modern (LAMO) world. In many ways, it is the LAMO world prophesied by Friedrich Nietzsche. It is what life would be like after Gott ist totor more correctly, after we killed Godor even more correctly, after we ourselves become gods simply to appear worthy of the death of God. Nietzsche describes it as a continual plunging, backward, sideward, forward in all directions away from all suns, with no horizon and no up or down, as if straying through an infinite nothing, with night continually closing in on us. He could just as well be describing the POMO or LAMO world. The only thing new is the reevaluation of the old in hopes of finding hope, and with it, an escape from the prison house of our radical freedom. For without belief in God, the LAMO world is continually plunging, backward, sideward, forward, in all directions, like a balloon let loose:

Balloons let loose
With quickflip and hiss
Raining spit from whoopee lips We
Past the disagreement of the Greeks Spend all our
And past all the Jewish disputing Days changing clothes
Beyond the joyous tragi-comedy Portless, adrift in windless sea
Of certain Christianity when We wanderers turn purposeless
Finally the curtain of Circling slowly the maelstrom
Uncertainty falls Around the burned out ending
Sadly When Of a dark sun, still spinning
EverAfter Questioning Returning always the same
An Everything we may Rootless tumbleweeds
other Be blinking away the world Deserted vortices
mode Rubber erasers erasing ourselves Wearing away
even While we are erasing everything else To nothing
more Book collectors who never read Moving
mean Feeding upon opinion alone All ways
ing Craving the food that ergo
less Like anDoes nothing but Noplace
un Old can we Rumbles around Yes
ravl Cant stop kicking Inside our gut We ter
ing Or the itch that Making us Break mo
our Moves with the Even more Our shells ment
thou Scratching Hungry for To escape blur
ghtsGrowing Food to Ourselves in
as Itchier Make us Inchworms limit
fast Just Even Bowing less
as Beyond Hungrier Head abyss
weOur reach and To tail move
think Nine nights those Inch ment
them A month the that Out mirror
Cheshire Cat come Our mirage
Smiles at our after Lives sacri
Way of strife will Until fices
Survival tell We all
Of the how Are to
Hun our Eaten the
griest food By the all
Until we was Mocking ways
Figure really bird new
Out our Comfortable
How selves In the
To Quiet that
Eat Comes
Our After explaining
Teeth Away Explanation

Enlightenments lanterns lit well the dayyet now, in the night, theyve all gone outLeaving only strange fires remnants of ash and embersand the occasional coldflecked brimstone sparkand the smell of warmwax and bluegray smoke from the burning bush of godlessness which throws its last dimness upon the human shadowwith hands held out to forgotten hope.

This entry was posted in Art, Culture, Language, Philosophy. Bookmark the permalink.