The Mark of an Improvident Decision

I happened upon some promotional material for a fancy dinner. Its being hosted by pro-choice leaders from across the country. They are gathering together to mark the 40th anniversary of the Roe v. Wade decision that deemed abortion a fundamental constitutional right. I found it interesting that this dinner was being promoted to mark and not celebrate the decision; though I suspect it will be a gala event with much pride being taken in such an accomplishment. The idea of festivities around such a supremely improvident supre 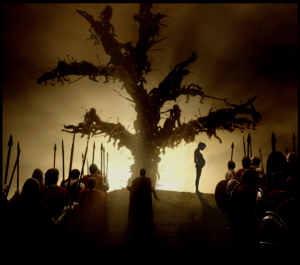 me court decision brings to mind a similar feeling I had a few weeks ago when major news organizations were reporting that Planned Parenthood had just announced a record year for abortions333,964 abortions in one year and 995,687 for the last three years (or was it 995,688?). And those are just Planned Parenthoods numbers; Im sure that total abortions was a much higher number. It just seemed strange; to me at least, that someone would publish such numbers for folks to admire. Forty years ago, in the 70s, when they were trying to decide on this decision, there was a common mantra that abortion should be safe, legal and rare. As a matter of fact, this phrase was a part of the Democrat Party Platform until 2008 when it was removed. Im guessing it was because of the rare part. I suppose the word just seemed a little disingenuous in this day and age. Abortions are certainly not rare. It has become an important industry as of latean industry with impressive growth numbers in its productivity (or at least Planned Parenthoods share).

I will not be celebrating the 40th anniversary of the Roe v. Wade decision; I will be mourning it and mourning the 50 million innocent human beings that this decision decided should not be allowed to make any decisions or even live beyond the womb (50 million is also the number of babies we lose to abortion each year worldwide). I will not be celebrating but rather contemplating the irony surrounding this infamous anniversary. How it is occurring the day after Martin Luther King Jr. Day and the second inaugural of the first African-American president, yet it is the anniversary of the decision that took away the most basic civil (and human) right. How it is occurring concurrently with an attempt by one person, our top executive, through executive orders, to restrict the exercise of a clear constitutional right; when forty years before, to the day, seven men, on the Supreme Court were deciding to read into the constitution the fundamental constitutional right to an abortion (The constitution itself provides a means to read out of, or read into, the constitution any rights that we want through the amendment process; and not by the will of one person, or seven people, to simply fashion rights into existence, or restrict rights out of existence, by simple announcement).

And on the 40th anniversary of Roe v. Wade, I will take time to consider the fact that the anniversary of this improvident decision to end innocent life will take place at a time when this countrys concern for the safety of our children is dominating the news cycle every day. A time when we are stunned in horror at a person who could (and did) heartlessly and brutally end the lives of 20 helpless children, and yet all around us the most helpless little children are heartlessly and brutally killed and these little children do not even have the ability to huddle together or run away and hide from the one who would take their lives. In forty years, it has happened more than 1.5 billion times worldwide! More than 50 million times in the United States! Thats more than 3,400 times a day. Considering the productivity of the abortion industry, working an 8-hour day, working weekends with no holidays, that is one baby dying every seven seconds in America! Where is the stunned horror at this!? Where are the picketers saying Enough is Enough!? Where are the celebrities saying, We demand a plan!? What is the difference? Is it indifference? Is it ignorance? Is it that the unborn are not cute enough, or wanted enough? Is it because seven men decided it was right and called it a right?

There should be no celebrating on the 40th anniversary of Roe v. Wade. And those who would mark it with a fancy dinner should rather recognize that our country has mark itself with a mark of shameshame that we would allow it, shame that we would make it a right and shame that we would grow indifferent in our willful ignorance. And it is especially shameful that in the midst of all of this, we would think, as a country, we really care about children. Do we not even recognize when children are used as political props!? We may say we care about children, but we dontnot as a countrywhen we end their lives by the millions for our own convenience and then we mortgage the future of the two-thirds that are afforded a live birth with our growing national debt and why? Just to make our lives even more convenient! When we allow these things, we dare not say we care for children. And when those who would work to end the lives of children by protecting, and even subsidizing, the abortion industrythose who work to steal the fortunes of their own childrens generation through dramatically increasing the national debtwhen those very individuals use children as political props to further their own radical agendas of fundamental transformation, all the while saying Its all for the childrenwhen these things happen, we add absurdity and hypocrisy to our shame as a generation. And half the nation doesnt seem to care. And a significant portion of the other half doesnt care enough to vote. If our generation quickly spends our inheritance from the greatest generation, then ransacks the social security of the baby boomer generation (means testing), all the while mortgaging the future of our childrens generation (national debt), we will certainly not be called great (or even good). If things dont change, our generation will be known by the name that has already begun to take rootthe Me Generation.

What profit is it to women that they are free from the gruesome battles of war and do not have to go to battle arrayed in armor, nor suffer wounds inflicted by the spears of their enemies, when they so readily do damage to themselves. She who practiced the first abortion and plucked forth the tender life ought to have perished of her own invention. To avoid a few wrinkles around your belly, you insist upon leaving a bloody carnage upon the sands. If these fashions had always been in favor, the race of mortal men would long have perished from the earth And what would have become of you, my fair one, had your mother cherished such notions? And though I am destined to perish of love, it is a fate preferable to having my life extinguished by an unnatural mother. Why pluck green grapes before their time? Let what is destined to grow ripe fulfill itself; a short delay bears in its train the gift of life. Why will you butcher yourselves with instruments and poison your unborn children?

Its not a popular question in this day and age. Pagan Romans would ask it, but our nation, Christian or not, no longer asks it, because we settled it with the decision of seven men on January 22nd, 1973an infamous decision which provided a sanctioned way to terminate the lives of babies and the conscience of their mothers (for a while). Fifty million babies aborted means the same number of mothers living with lonely buried guilt (suicide rate of mothers following live birth 6/100k, suicide rate of mothers following abortion 34/100k)[1][2][3].

This day that we mark such an improvident decision can be a day for making a providential one. For in Christ, there is still hope. No matter what we have done in the pastas a nation or as an individualChrist has made a way of forgiveness, and healing, and reconciliation. For only Christthe true Messiahcan fundamentally transform us.

This entry was posted in Culture, Current Affairs, Ethics, Politics. Bookmark the permalink.