*Posted by Daisy Reynolds. Daisy is the Assistant Director of Academic Affairs at Criswell College where she is also studying for a Master of Divinity. 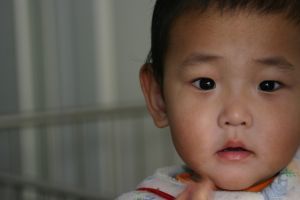 A study of little emperors was recently published in the Science journal. The term little emperors refers to the children born to urban families in China under the one child policy implemented in 1979. The policy was created to control population in overcrowded cities, and according to this new study is changing the face of the nation.

The study, conducted by Monash University in Australia, contacted 421 men and women in Beijing born within an eight year period before and after the policy was executed. Of the participants born in 1975, 27% came from homes with only one child, while that number rose to 82% of the adults born in 1980, and a staggering 91% of the men and women born in 1983 were little emperors.

The study indicates that those who were raised in one-child families were less trusting, more pessimistic, less competitive, and less conscientious than those born before the family planning policy. Authors of the study posit that these changes could negatively affect Chinese society, leading to less risk-taking in the labor market and possibly fewer entrepreneurs.

Concerns about the policy and its enduring ramifications have surfaced before, and last year China Development Research Foundation, a Chinese government think tank, urged the nations leaders to change the policy immediately. They stated that China has already paid huge political and social costs. Couples who choose to dismiss the rule face large fines, loss of their jobs, and seizure of their property. The Chinese government has historically credited the policy with preventing hundreds of millions of births as well as fighting poverty, but the country now faces gender imbalances because of abortions of female fetuses and infanticide by parents who were hoping for a boy to see to their future.

Just as the nation of China will inevitably face the ramifications of its treatment of families so will the United States. The choices of the people of a nation affect the entire nation and its future. We cannot continue to make the choices we do about family planning and escape the results. As the Sanctity of Life Week approaches lets consider what we have lost, as the words of the poet John Donne remind us, and pray for a change in the policies of China and the United States.

No man is an island,
Entire of itself.
Each is a piece of the continent,
A part of the main.
If a clod be washed away by the sea,
Europe is the less.
As well as if a promontory were.
As well as if a manor of thine own
Or of thine friends were.
Each mans death diminishes me,
For I am involved in mankind.
Therefore, send not to know
For whom the bell tolls,
It tolls for thee.